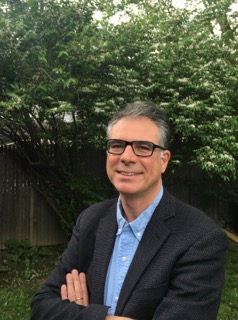 Let us return to our initial question: how is it possible that at Hippucome and other Greek poleis significant honors were granted to individuals who had only promised contributions to public projects and had not yet accomplished them? Put another way: How can we explain the paradox of public subscriptions? An initial answer is that euergetism was a form of gift-exchange, and that in this typically Greek practice it was normal to outdo oneself, whether intentionally or not, in the counter-gift, to the extent of indebting the initial giver and forcing him to reciprocate with a new gift.

Inscriptions from Xanthus, Teos, Delphi and Miletus show that this characteristic phenomenon of gift-exchange also occurred in the exchange of benefactions and honors. To be more precise, the inscriptions reflect the desire of individual poleis to surpass their benefactors in gifts, thereby inspiring new gifts. These being the ‘rules of the game’ in euergetic exchange, the best way for a polis to ensure that individuals fulfilled promises made in the course of a public subscription was to grant them honors they did not yet deserve.
In the final portion of this chapter, I study in more detail the phenomenon of honors awarded with the intention of provoking benefactions. I refer to these as proleptic honors, with ‘prolepsis’ implying ‘the assumption that a future event or condition has been realized’, for the following reasons. The honors awarded to provoke benefactions were, to a considerable extent, designed to surpass in due proportion the debt aroused by the gift (e.g. a promise or a show of goodwill) that required repayment. In their capacity as honors (rewards), however, they did not appear as gifts but as counter-gifts, since a reward is by definition a counter-gift. At the same time, due to the reciprocity mechanisms of euergetism, which led to expectations that honors would lead to benefactions, these honors were to a substantial degree experienced as recompense for benefactions yet to come, as counter-gifts in advance or proleptic honors. In principle, once a benefaction (such as the payment of promised money) was carried out, the benefactor received no additional honors unless he also surpassed the polis in its counter-gift, or unless the polis was interested in continuing the chain of gifts and counter-gifts.
Proleptic honors deserve careful consideration for several reasons. First, this represents an opportunity to see that there were honors even more proleptic than those awarded in public subscriptions, honors based on no previous benefaction — not even a promise — which merely rewarded the benefaction they were designed to provoke. In addition, as is also the case with public subscriptions, the power of proleptic honors to oblige the recipient to perform a benefaction was sometimes based on more than the ability to indebt him. By publicizing and eventually recording (when an inscription was involved) a promise, such honors could put the recipient under pressure from fellow citizens, or make him liable to formal and informal sanctions for default. In other cases, they could compel him by reminding him of a status — that of benefactor — that was part of his identity as king or proxenos, or by simply invoking his previous benefactions or the benefactions of his ancestors.
Such an analysis also allows us to see that proleptic honors were not exceptional, and to recognize the extent to which euergetism was saturated with prolepsis: it appears in all periods in the granting of honors to all types of benefactors and not only, as in the examples cited in the previous sections, to contributors to public subscriptions and kings. Finally, we can now address the question of how individuals who had merely promised benefactions could be rewarded and, in general, of how the existence of honors awarded in advance can be explained. Were this not the case, proleptic honors might appear to be a ‘perversion’ of euergetism, and the practice of awarding them might be thought to have been sustained merely through a substantial dose of cynicism on the part of both the polis and the benefactor. Such analysis allows us to better understand some aspects of euergetism noted in the preceding sections, as well as others to be considered later. One interesting aspect of proleptic honors is precisely that they display in a ‘radical’ fashion features and tendencies of euergetism that in other manifestations of the phenomenon are difficult to recognize.

Marc Domingo Gygax’s book is available from the following outlets:

1 thought on “An excerpt from Marc Domingo Gygax’s entry, Benefaction and Rewards in the Ancient Greek City: The Origins of Euergetism”