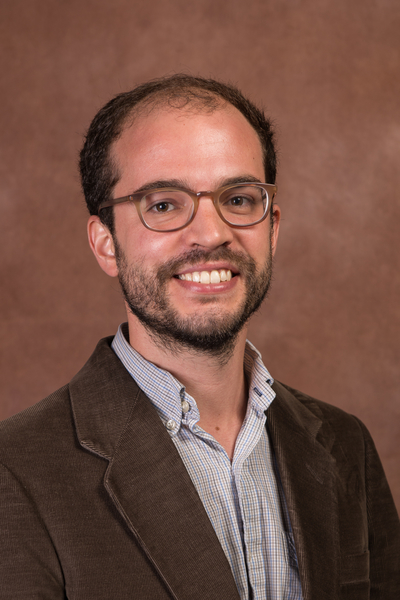 Work has proliferated on the study of the rule of the many, dēmokratia (democracy). While Classical Athens has usually been the focus, scholars are starting to venture beyond the territory of Attica and beyond the constricting temporal boundaries of 508–322 as well. A less intensive, but still impressive, amount of work has gone into understanding the rule of one. Scholarship has traditionally been interested in the Archaic tyrants, but more recently attention has expanded to encompass multiple forms of sole rulership in ancient Greece, including Classical-era tyrants, Hellenistic kings, and longstanding dynasties. Studies devoted to the rule of the few, oligarchia (oligarchy), by contrast, are practically nonexistent. The last comprehensive treatment in English, by Leonard Whibley, was published one hundred and twenty years ago. Subsequent studies, while adding to our knowledge of oligarchy, have not attempted to replace Whibley’s work. Moreover, historians have typically focused on the Athenian oligarchies of the late fifth century, and in particular on the oligarchic ideology that inspired them, rather than on the concrete actions of historical oligarchs from across the Greek world as they appear in the ancient sources. It has rarely been asked what oligarchs in the Classical period actually did in their capacity as oligarchs. What was the relationship between the rulers and the wider male citizenry (the demos) of an oligarchically governed polis? To what extent was oligarchic rule contested by popular movements? And how might oligarchs have collectively responded in an attempt to retain their power?

All of these questions will be concerns of this study, which, as the title states, is primarily a political history (one that treats of the development and functioning of political institutions over time) rather than an intellectual history or a study in political thought.

It is worth asking why historians have attempted so few studies of Classical Greek oligarchy. One reason is that the evidence for oligarchic governance is so lamentably thin. Finley, for example, despaired of being able to say anything systematic about oligarchies: “Unfortunately, the information is lacking for a meaningful discussion of politics in the oligarchic Greek . . . states.” This claim is disputable. First, although there is admittedly much less evidence for oligarchy than for democracy, the sources that do exist—which include many important epigraphic discoveries not available to Whibley—have not been systematically collected. Second, the evidence has not been analyzed through the most productive methodological lens. When we view Classical Greek oligarchy as a species of authoritarianism, as I propose to do here, we are better able to organize and make sense of the available historical evidence.

More importantly, however, it is clear that scholars consider the topic of oligarchy less interesting because the political phenomenon is (supposedly) so overwhelmingly common. Wherever we look, whether in ancient Greece or in the modern world, we are apt to find a relatively small number of people doing the active work of governing in any given state. The early-twentieth-century political theorist Robert Michels designated this the “Iron Law of Oligarchy” (1962), from which no political organization could escape. Ober (1989) has decisively shown that Classical Athens defies the Iron Law, but all other Greek states remain potentially open to the charge. Some historians,therefore, might consider the ancient distinction between oligarchia and dēmokratia unhelpful and potentially misleading, since in fact all poleis were governed by a few. At the same time, scholars tend to overestimate the conservatism of the Greeks outside of Classical Athens, and thus to overestimate the total number of oligarchies as well.Indeed, some assume that oligarchy was the most common type of constitution.

This book takes a very different view. It contends that by confusing the “oligarchy” of Michels’s “Iron Law of Oligarchy” with oligarchia in ancient Greece, we are in danger of misunderstanding much of ancient Greek politics. The “Iron Law” threatens to blur differences between regimes that were clear and often extremely important to political actors at the time. As much as we may want to conflate ancient Greek democracy and oligarchy—because ancient democracy seems unjustifiably exclusionary to our modern sensibilities—the labels were crucial for many contemporaries. To quote Finley once again: “‘Rule by the few’ or ‘rule by the many’ was a meaningful choice, the freedom and the rights that factions claimed for themselves were worth fighting for.” It would be presumptuous, therefore, to ignore or second-guess the claims of the sources. By the same token, we should not foist untested assumptions about the frequency of oligarchy onto the ancient evidence. New resources, such as the Copenhagen Polis Center’s Inventory of Archaic and Classical Poleis (IACP), are enabling us to begin the process of tracing constitutional developments over time. Teegarden has recently demonstrated, using data taken from the Inventory, that “the ancient Greek world became increasingly more densely democratic during the Classical and early Hellenistic periods.” As this book will show, democracy not only increasingly coexisted with oligarchy in the Greek world, it also largely replaced it during the Hellenistic period. Oligarchy, as it turns out, was not “inevitable” for the Greeks—in fact, it became less and not more common over the course of the Classical period.

The next section of this introductory chapter argues for a new and distinctive historical understanding of ancient Greek oligarchia, based on a careful reading of the ancient sources. According to this view, oligarchia does not refer to just any regime in which a small number of people govern, but to a specific constitutional alternative that arose as a reaction to dēmokratia between the late sixth and mid-fifth century. Thus, the meaning of oligarchia, both as a concept and as a form of political practice, cannot be understood apart from dēmokratia, alongside which it developed pari passu. Once the Greek elite perceived dēmokratia as a potential threat to their interests as a class, many members of the elite, working in different poleis and under differing local conditions, created what nevertheless became a broadly similar repertoire of political and social institutions designed specifically to avoid the danger of democracy. The term for this bundle of defensive and reactionary techniques was oligarchia.